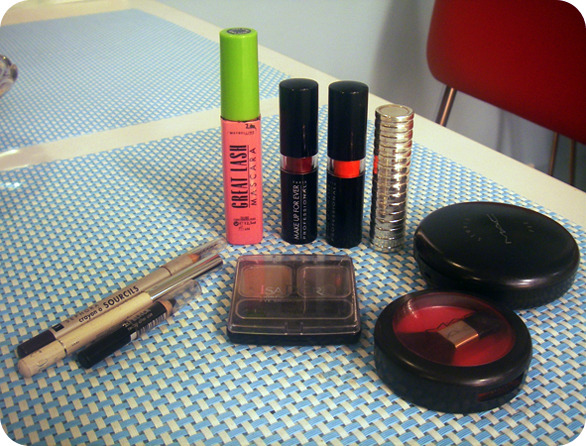 The Lime Crime review got me the idea to do reviews of the rest of my makeup as well, especially since I’m often asked what makeup I use.

First I’m going to review the makeup I use most often for my “regular” makeup, and then I’ll make a post about the rest some other time.

Clinique Color Surge lipstick in Flamenco
This is absolutely my favourite makeup article ever. It’s the perfect red, and very bright, not at all pink and not brownish like many reds tend to be. Besides being the perfect red it also has a very nice consistency. It’s very creamy and goes on super smooth. It looks creamy when it’s on too so it’s a little bit glossy. It also has a very elegant silver tube. This is the lipstick I’m using in most of my photos. 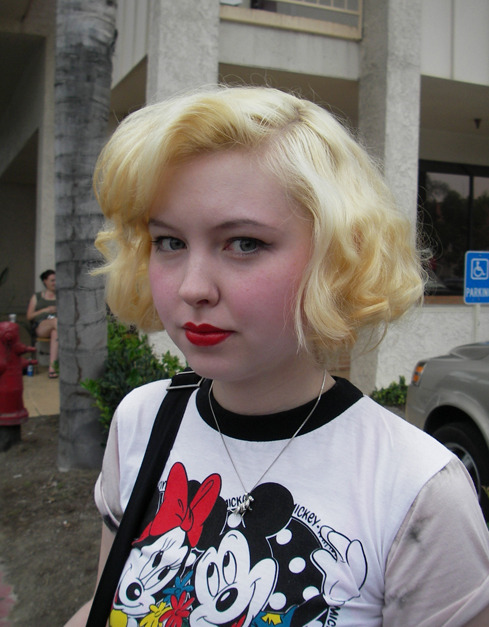 Make Up Forever “Rouge à Lèvres” lipstick in 205
My other red lipstick. This is deeper and a lot more pink, and I love the colour. It’s a bit glossier as you can see in the photo, but it’s not sticky at all. I think it sort of smells a bit “cheap” for some reason, and it’s not as perfectly creamy, but that’s just because I’m comparing it to the Clinique lipstick above. I would have never noticed otherwise. It’s really a wonderful lipstick. 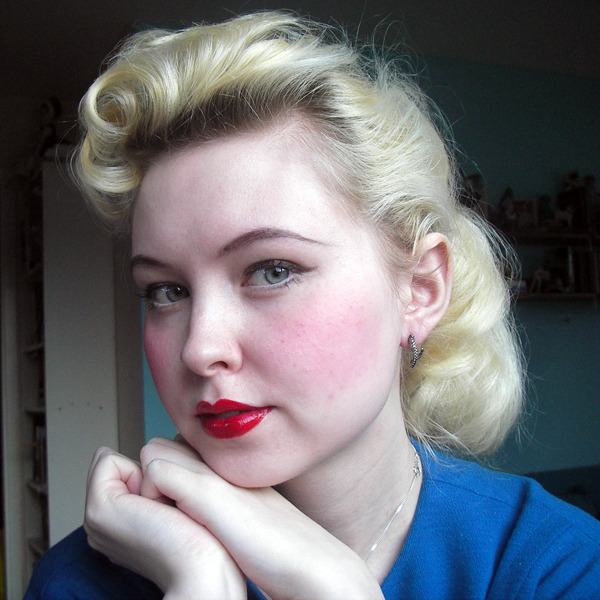 Make Up Forever “Rouge à Lèvres” lipstick in 201
This is my orange lipstick. It’s exactly the same as the above but for some reason it’s not nearly as good. The colour is great, it’s the only actually bright orange lipstick I’ve found, but it tends to go on pretty flaky if you put on enough to actually make it orange. I don’t have dry lips or anything so that’s not the problem. It’s fine when you just dab it on but that doesn’t produce the bright orange I want. It’s still the best orange lipstick I’ve found though and I use it all the time, I just wish it was smoother. 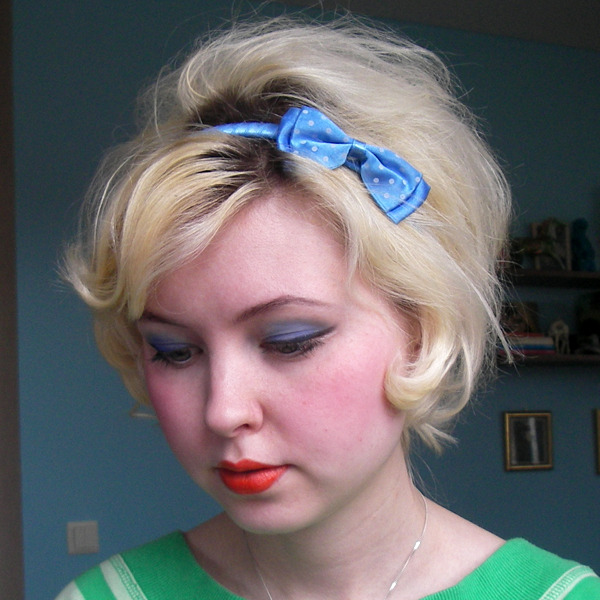 IsaDora Light & Shade eye shadow in Desert Smoke
This eyeshadow duo was among the very first makeup items I ever got when I was around 13, so this is really old and I have no idea if they still make it. It’s a light brown one and a grey one and I think they’re great. I use them both together to shade the eye, sometimes with a bit of white on the lid and under brows. It’s very simple and there are probably a million other eyeshadows that do the same thing, but they do have a nice consistency and the shades are perfect for me. 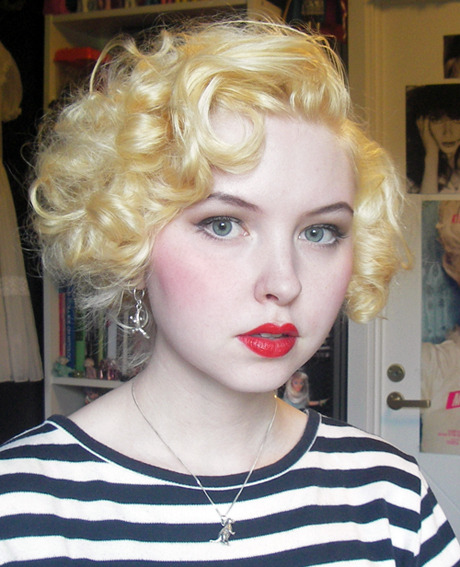 Sephora eyebrow pencil in 02
It’s just a light brown eyebrow pencil, nothing spectacular. I used to only have black ones but then found this one last summer and it’s a good colour. 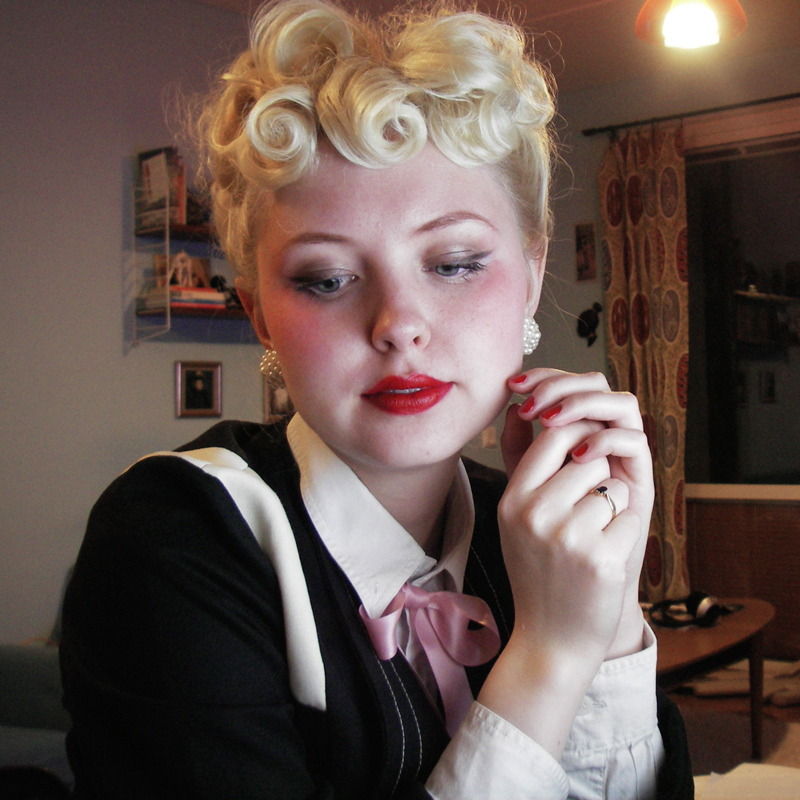 Below are things I have on in all the photos above:

MAC powder blush in Frankly Scarlet
I could have used this for the name alone but it’s a great blush. I was looking for the brightest/reddest/pinkest blush since I’m a big fan of very red cheeks, and this was what I found.

IsaDora makeup pencil in 20 Black
A very creamy pencil that goes on very smoothly but smudges just as easily. I don’t mind because I like it when it gets smudgy, and I keep buying this kind whenever I run out, but if you want it to stay put all day this isn’t the right pencil.

Maybelline Great Lash mascara
I’m not sure if this is actually the mascara I have on in all the photos since I use a bunch of different ones. My mother often gives me sample mascaras she gets from magazine subscriptions and such, but this is the one I tend to end up with when I have to buy my own. It’s not amazing and it can be a bit clumpy but it does the job and it’s not expensive. It’s almost empty now though and I have two sample mascaras waiting.

Lumene make up pencil in Snow White
Just a white makeup pencil. This is very old as well and I don’t know where it’s from, and there’s nothing special about it. I use it inside my lower eyelashes and make a white “wing” underneath the black one of my eyeliner.

This doesn’t really count as a basic since I seldom use powder at all, but when I do want to cover a zit or if I have dark rings under my eyes or something I use MAC’s Studio Fix powder in NW15. It’s the lightest powder I’ve found and the only one that really matches my skin tone. It’s also very smooth and I can’t feel it on my skin.