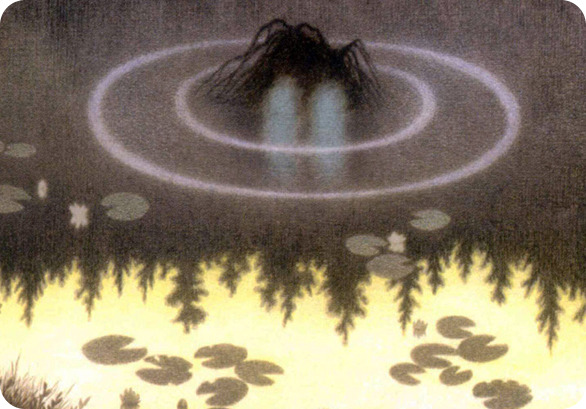 Norwegian Theodor Kittelsen is one of my very favourite artists. I love his mysterious pictures based on Scandinavian folklore. They capture these stories perfectly and have the kind of mood I wish I could create in my own pictures. 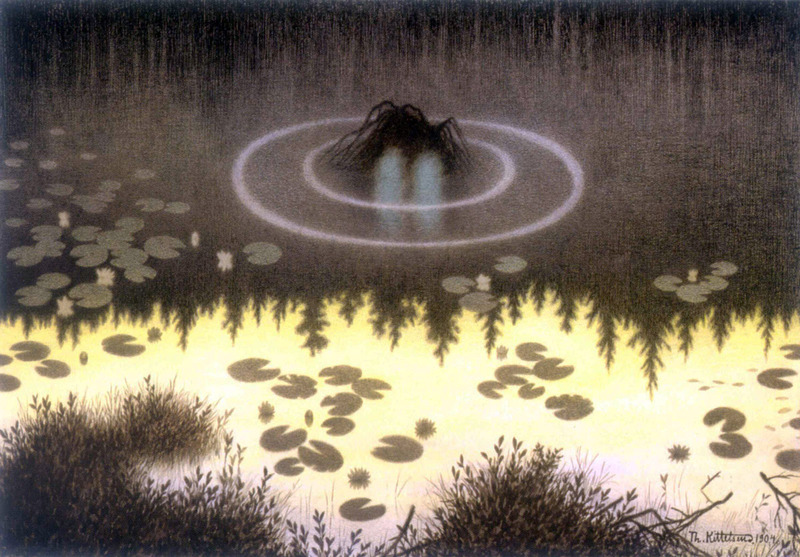 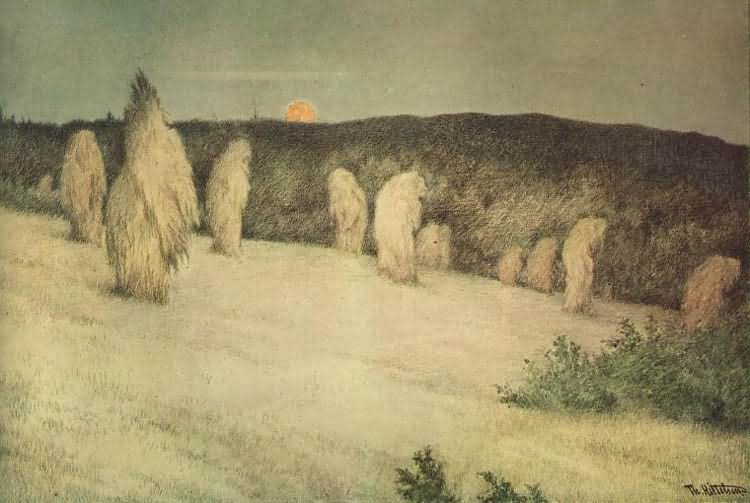 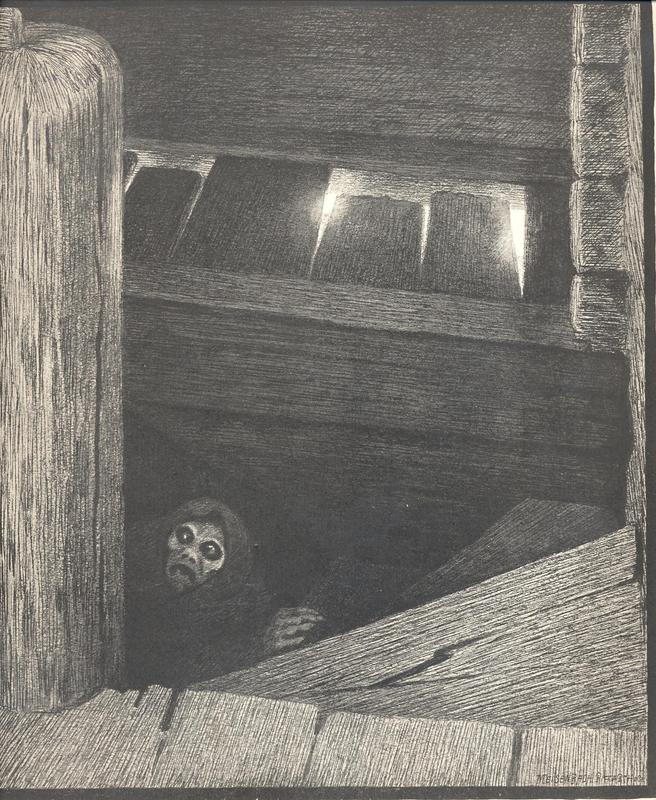 Pesta i trappen, the plague on the stairs. 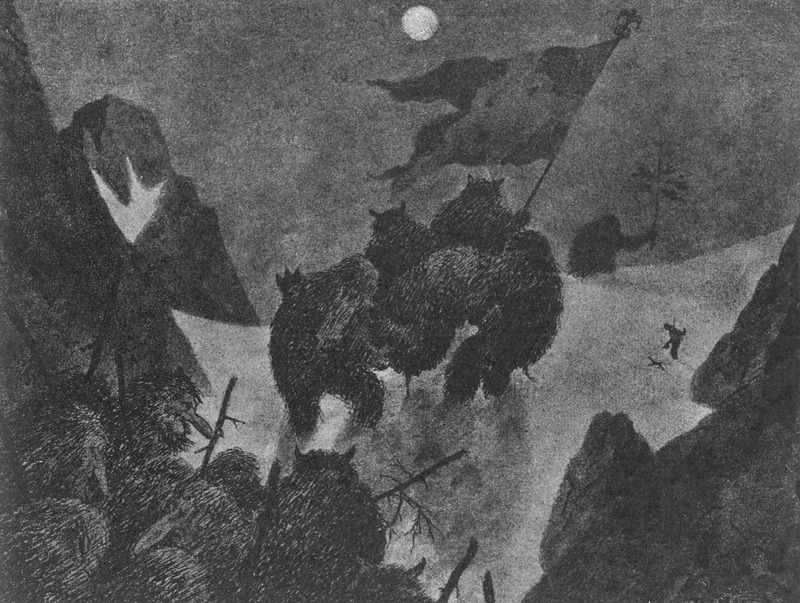 De hadde i nattens stillhet lurt ham vekk, sort of “they had led him away in the stillness of the night”. 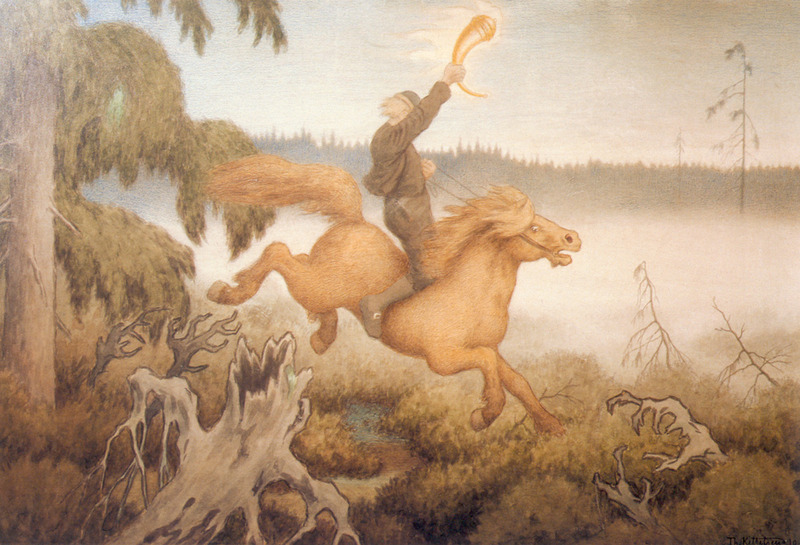 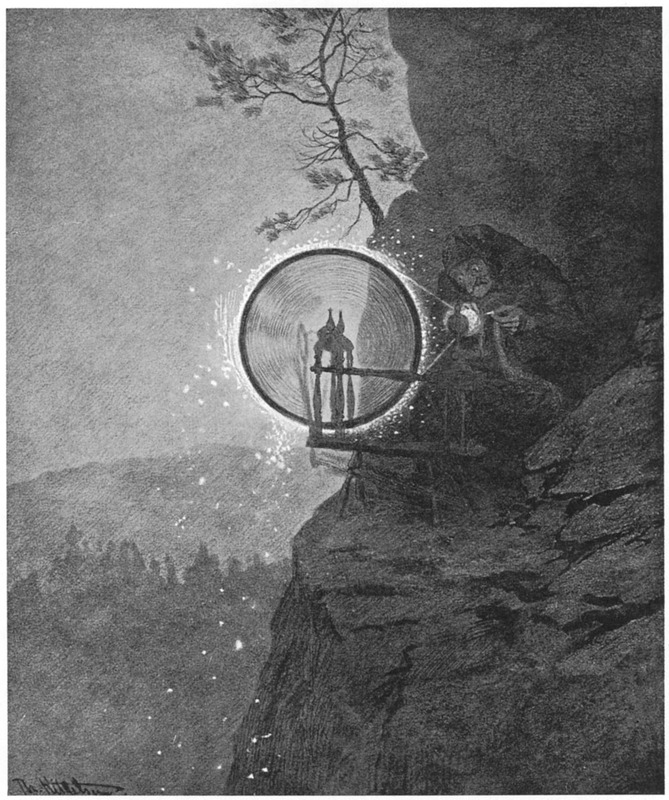 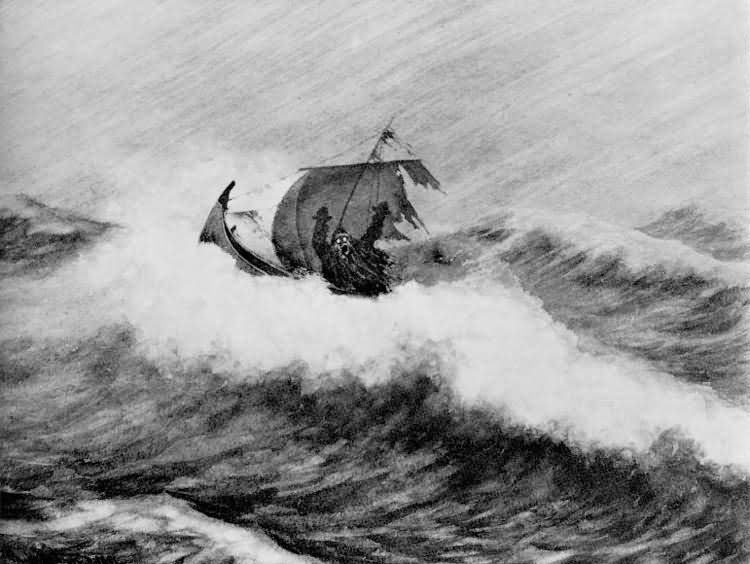 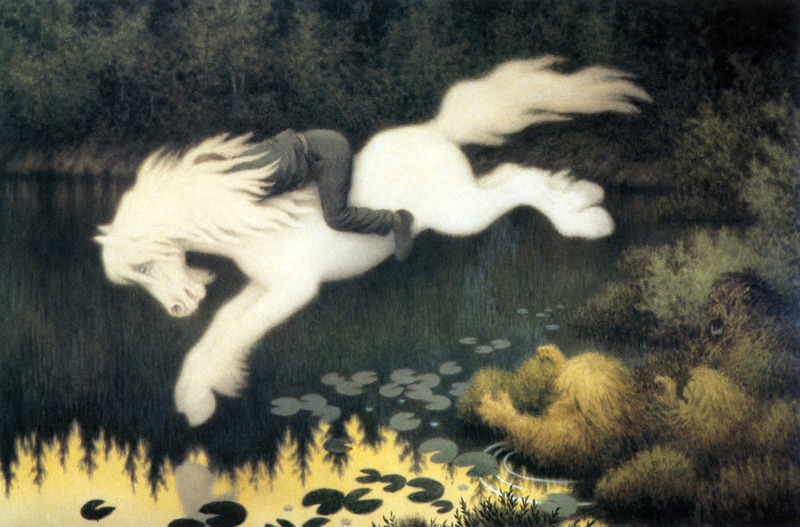 Nøkken som hvit hest, the neck as a white horse. 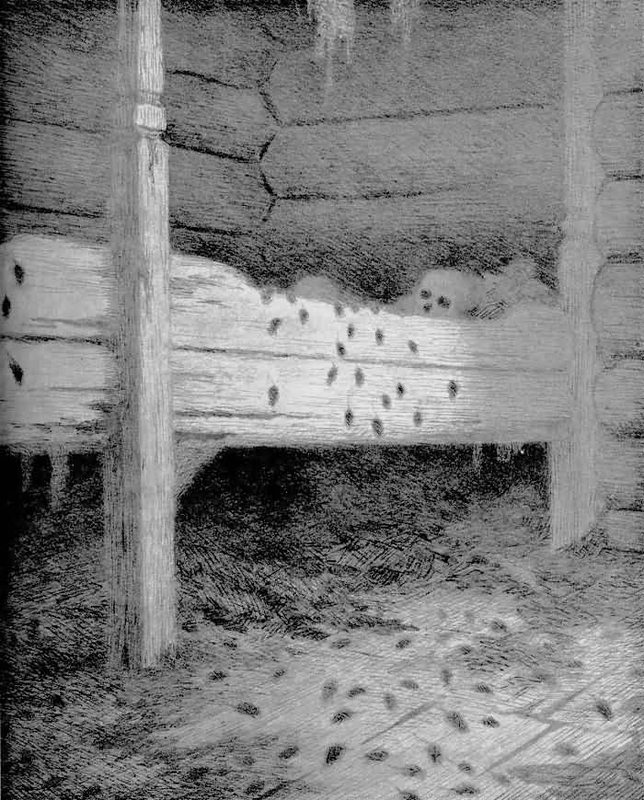 Musstad. Not entirely sure what this means, but something with mice. It’s another one from the plague series. 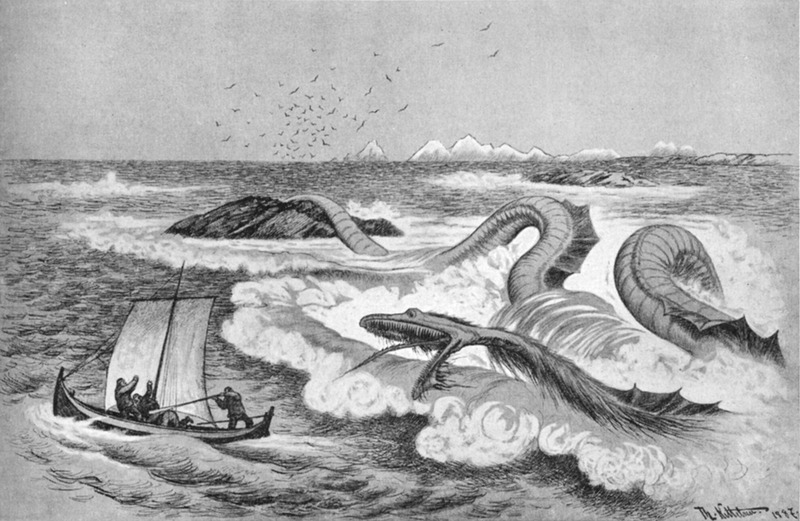 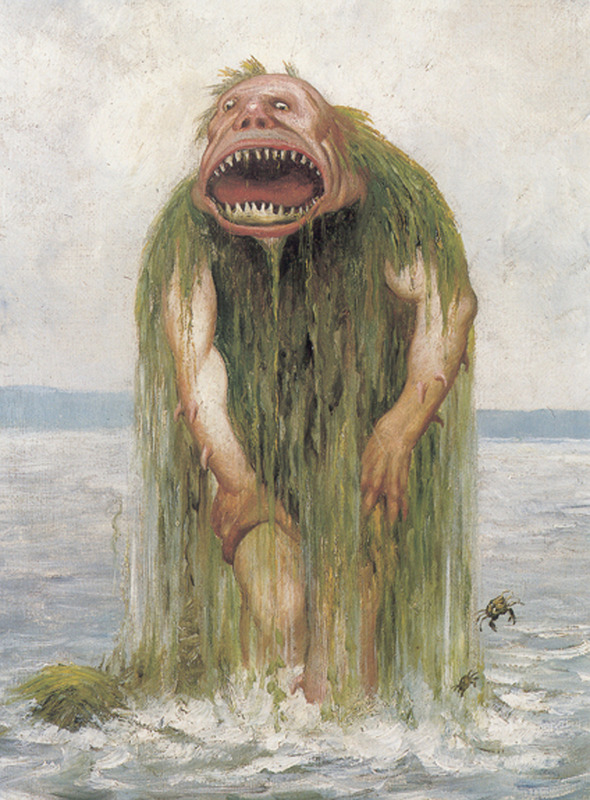 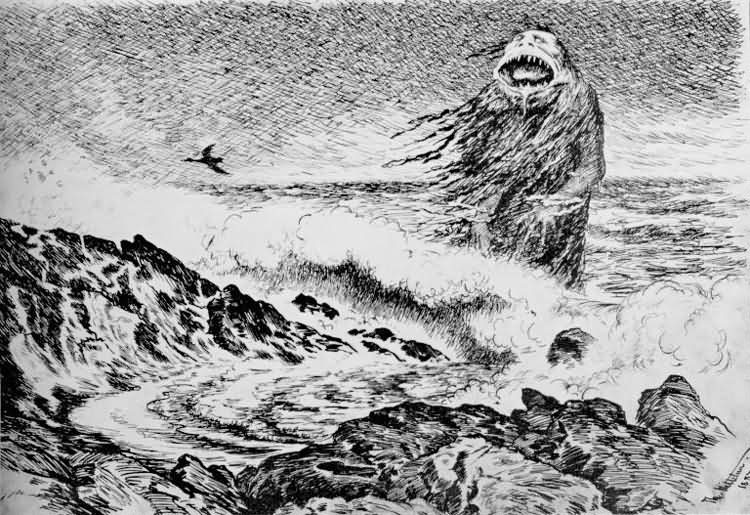