Forties Fashion: From Siren Suits to the New Look 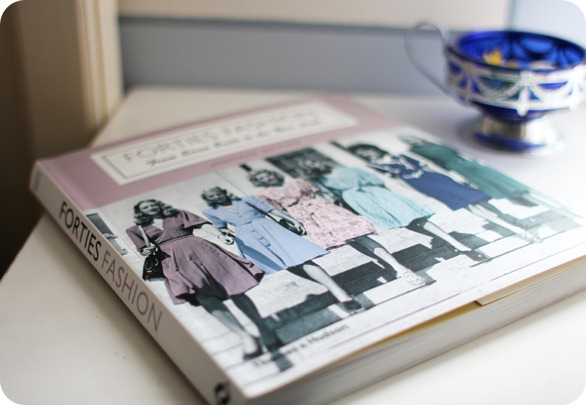 It’s been a long time since I wrote about a book here, but I recently read Forties Fashion: From Siren Suits to the New Look by Jonathan Walford, and just have to recommend it!

I’d had this book on my wishlist for a while, and after briefly leafing through it in Brighton I eventually decided it was time to buy it. I had expected a pretty book with lovely photos (and it is such a pretty book), but it’s so much more! Even though the book concerns only fashion, it manages to tell so much about the time before, during and after World War II, and what life was like in the 40s. There are so many interesting ways in which the war affected the fashion, most of which I didn’t know about!