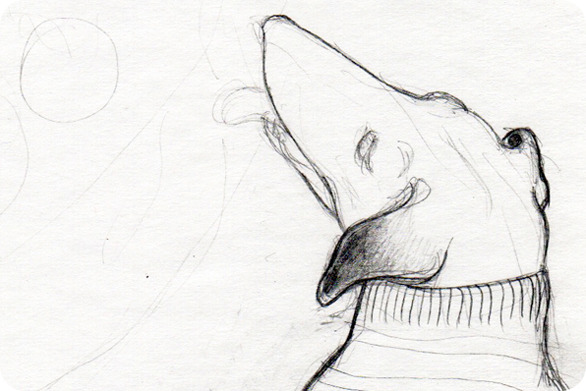 I’ve decided to start posting some of my sketches here. Preliminary sketches, eliminated sketches and little doodles, stuff I don’t want on my art site which is only for finished works.

I’m also going to try to keep a regular sketch book. I usually put a lot of pressure on myself about my pictures, I want all my paintings and drawings to have both an interesting concept and be perfectly executed, which means I don’t do them as often as I’d like to, and I don’t draw much just for fun anymore.

When I went to university I doodled tons on my papers and notepads, and some of those unplanned doodles turned out to be some of my very best ideas, some of which I later turned into finished paintings. I hope that having a no pressure sketchbook will be like that! 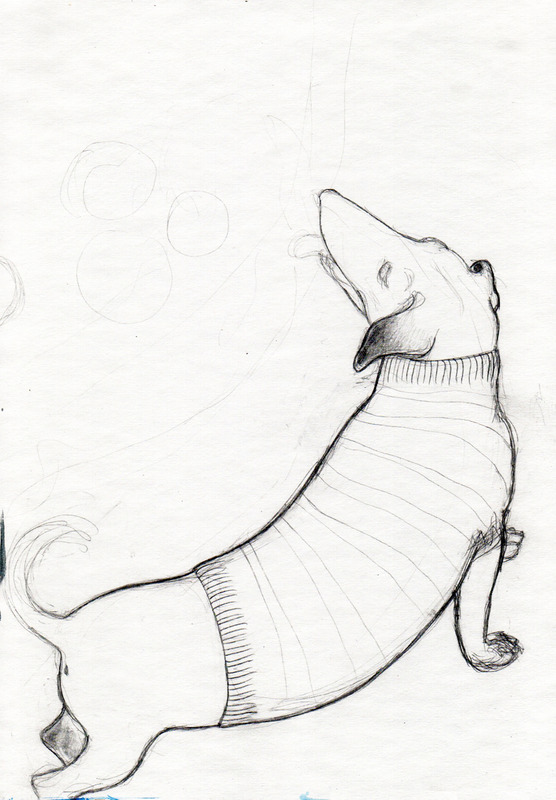 This was meant to be a painting many years ago, but since I had no actual idea for it, it’s just a dog, I never got anywhere with it. I like the composition though and think it looks nice as it is. 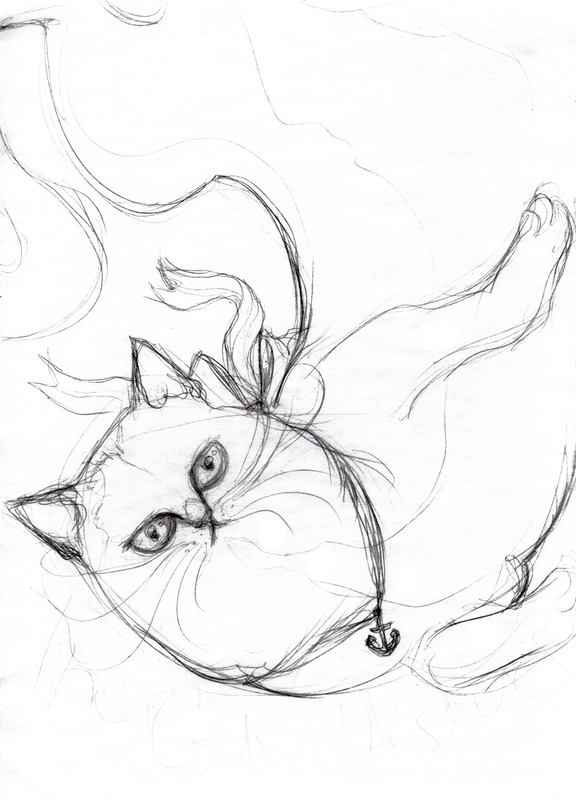 This was a rejected sketch for the cover of The Cat’s Whiskers, that I personally much preferred. I think it goes well together with the dog! Here’s another rejected version that I prefer to the final.