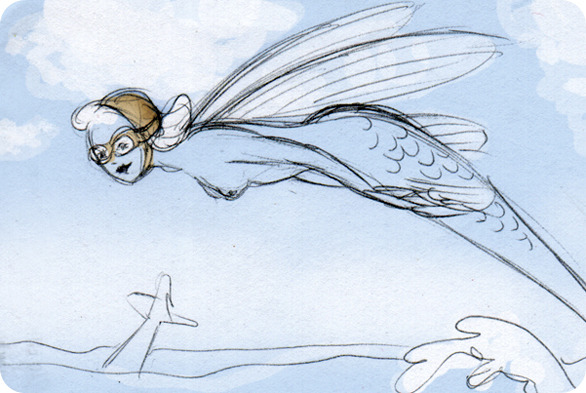 Once again, some doodles from my archives. 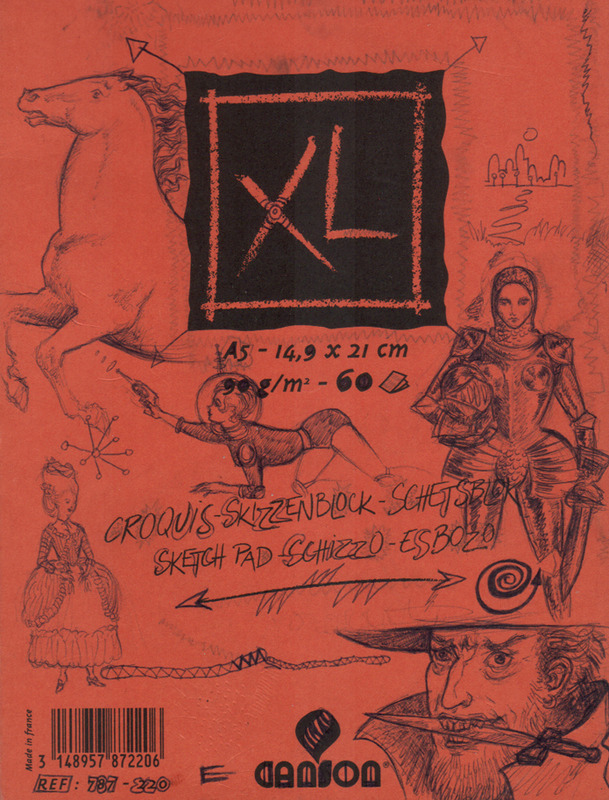 This is the cover of a sketch pad I used for taking notes at university. I liked the man with the knife so much that I used him as the basis of this painting. 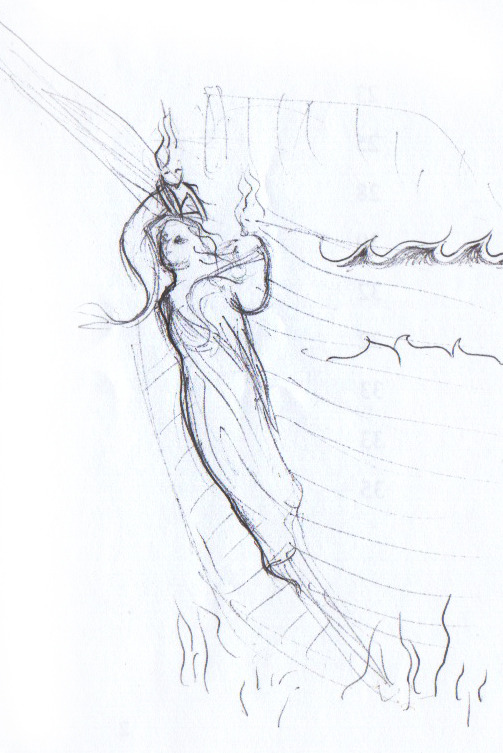 I drew this on some university handout, thinking about a way to incorporate a figurehead into a picture as I’m very fascinated by them. 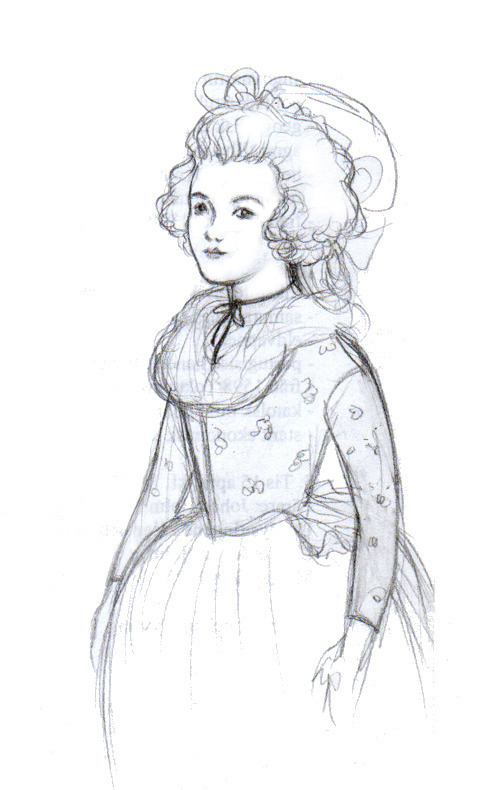 A late 1780s lady drawn on the back of another university handout. 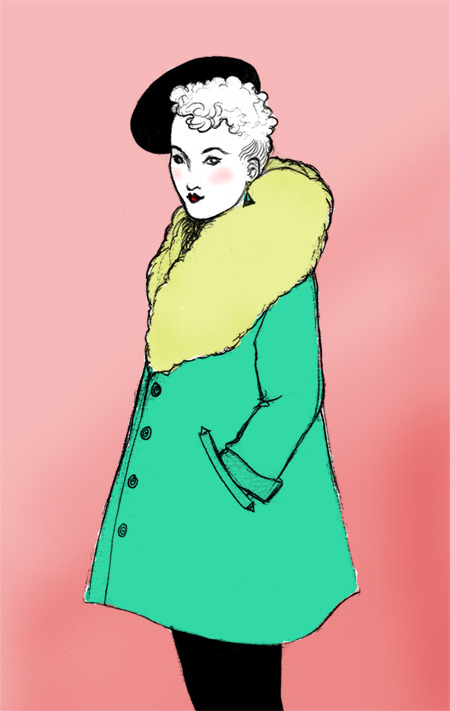 This is an older doodle but also done in school, probably from my first year at university. I played around with it in Photoshop. 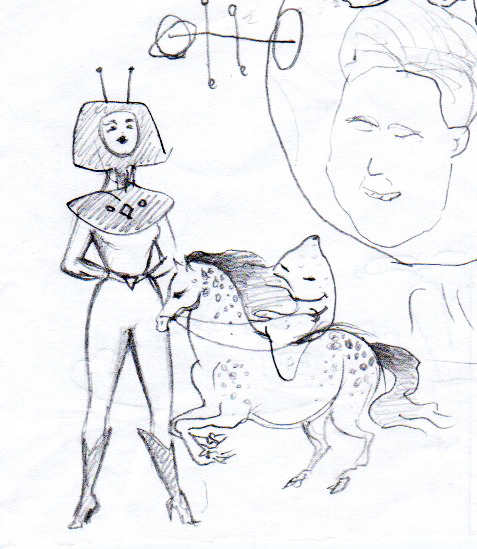 This, for once, wasn’t made in school but on a visit to my boyfriend’s grandmother. We both doodled on this paper and he drew the lemon on my horse, and the guy in the corner. I don’t remember who it was supposed to be but it sure looks like Jay Leno.

The space girl started as that game where the first person draws a squiggle and the other person tries to make it into something, which explains the shape of her helmet. 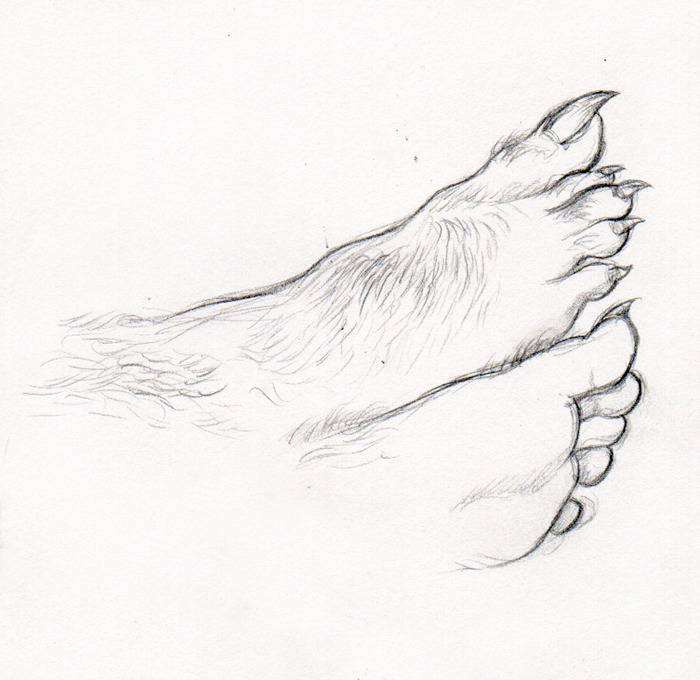 A random life drawing of my boyfriend’s feet, with some embellishments… 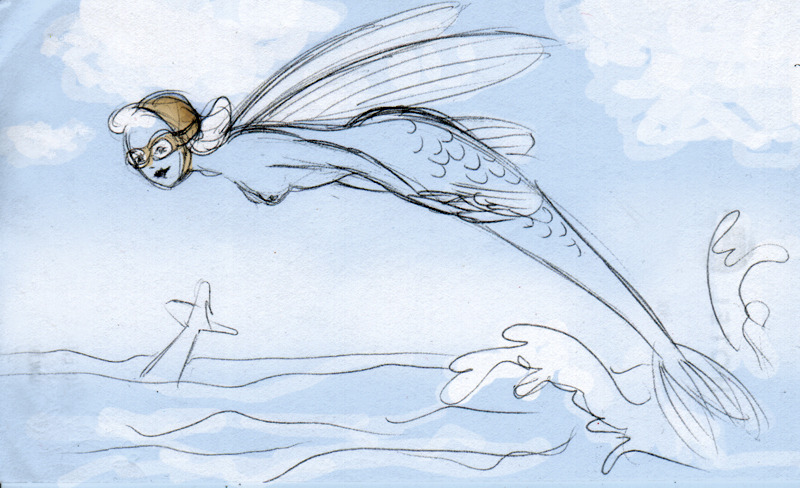 This one is old, I don’t really remember when or where I made it. I played with this in Photoshop as well. 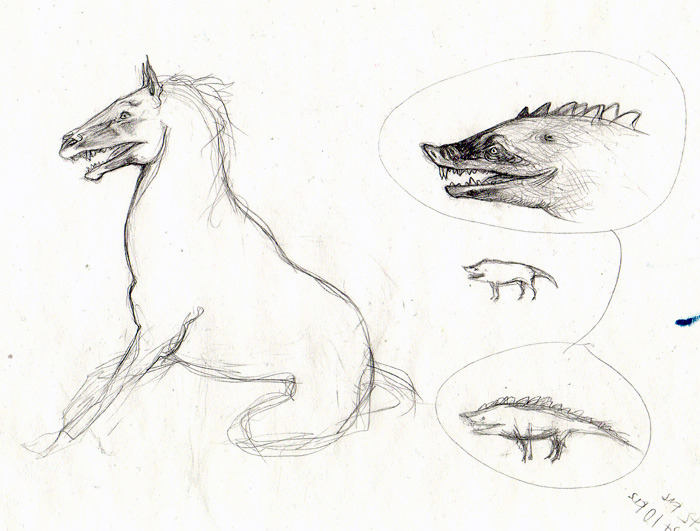 This one is really old, I think it has even been up on my site at some time before the redesign. 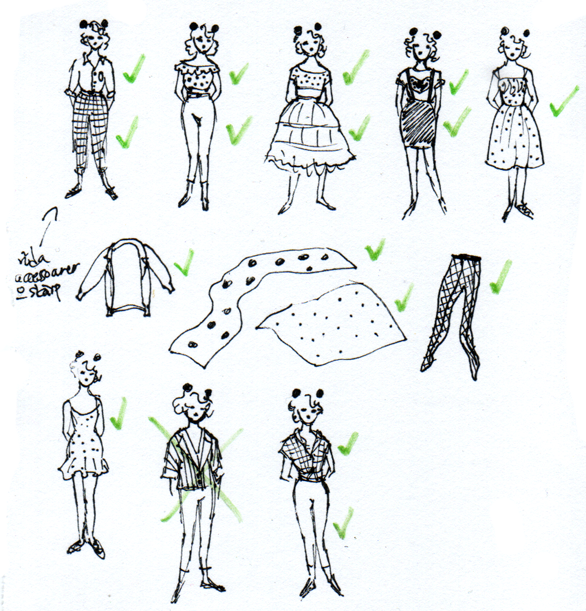 Finally another Disney outfit plan. I believe this was for our Disney World vacation, and I did wear some of these outfits.