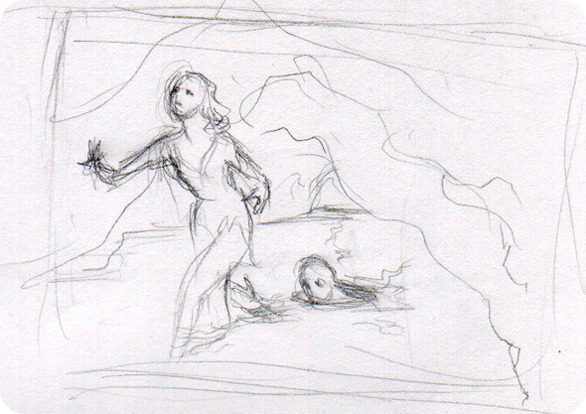 My paintings often start out as tiny thumbnail sketches, about two inches tall. In these thumbnails I work out the composition and often make some notes about ideas for colours and other things so I won’t forget them in the process of painting. 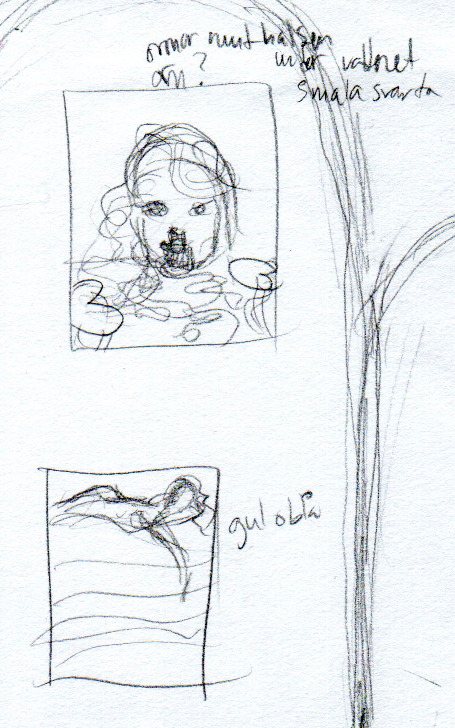 These are thumbnails for Bog and Black and blue. The text for bog says “snakes around the neck”, “snake?”, “under the water thin black ones”. My notes are usually pretty rambling and even I can have a hard time understanding what I meant when I revisit them. I get these though!

The note for Black and blue says “yellow and blue”, which is the Swedish equivalent of the expression. In case you’re not familiar with The Princess and the Pea, when the princess wakes up after sleeping on the pea she is completely bruised and complains that she is “black and blue all over my body!”. That line always stuck with me.

These are thumbnails for Cave and Poison. I apparently forgot about this sketch anyway when I was painting it, so I missed out on some of the ideas included in the sketch. In the sketch there are bones hidden among the roses, which would have been a nice addition, and the note says “lots of veins”, by which I meant she should have many visible veins, as though you could see the poison in them. 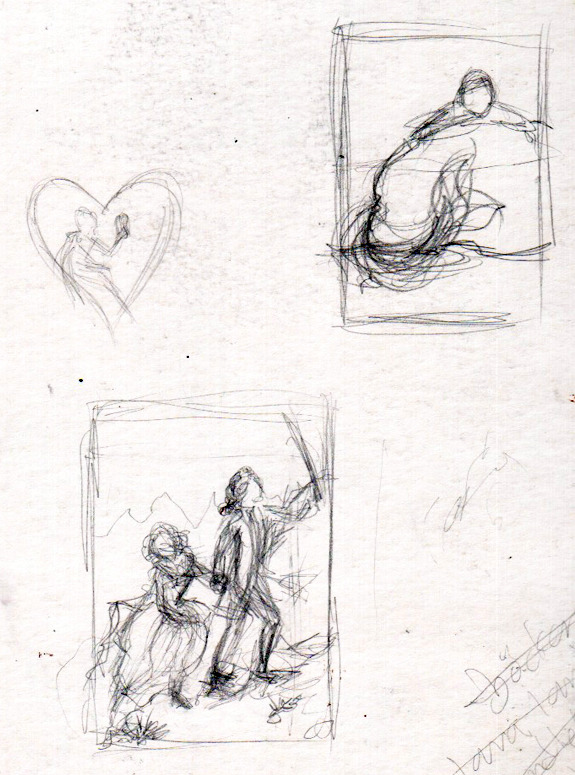 These thumbs are for Pink Girl (which is a really boring picture that didn’t turn out much like the sketch), Mermaid and Mountaineers . 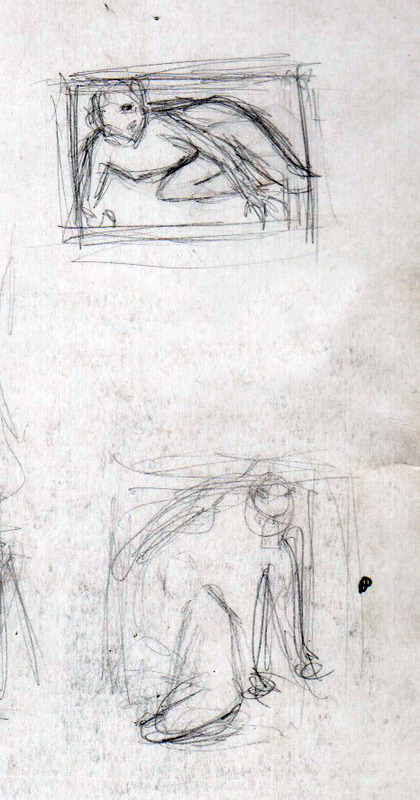 Finally, these are Teeth and Tiger cage (hardly recognisable as anything at all, but the basic composition is there).