Winter at the LIFE archive 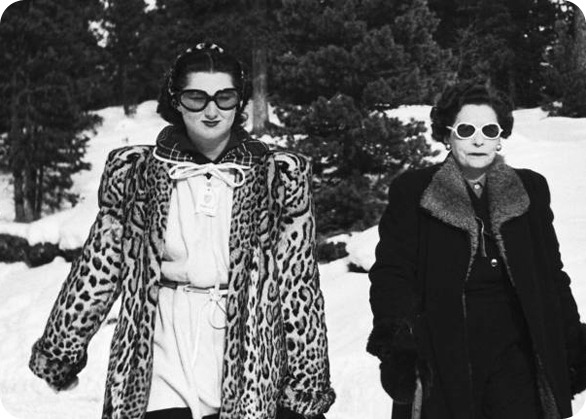 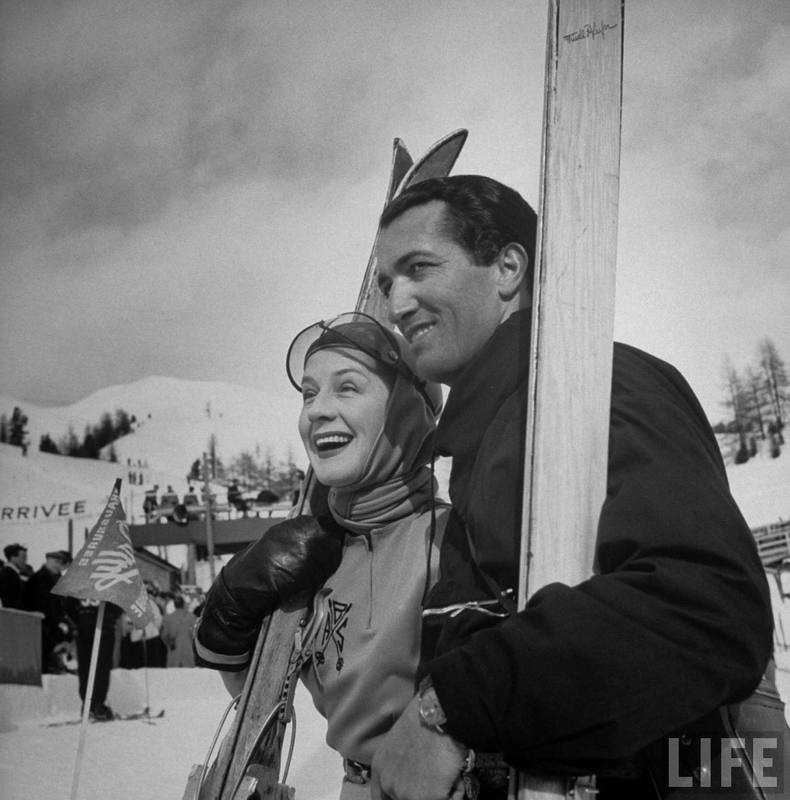 Actress Norma Shearer with husband in Switzerland, February 1948. Photo by Mark Kauffman. I love the monogram on Norma’s jacket, though the initials don’t seem to be her own. Perhaps it’s some kind of logo? 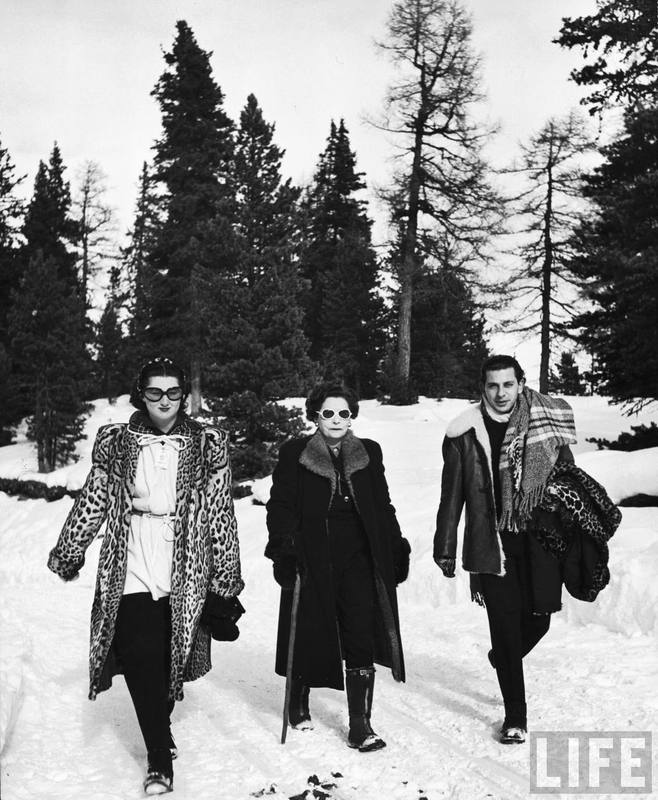 Egyptian princess Nasli Shah, Princess Sixte de Bourbon-Parme and Peter Zervudachi in St. Moritz, Switzerland. Taken by Alfred Eisenstaedt in 1947. Serious style! What else would an Egyptian princess and her entourage wear to a ski resort? 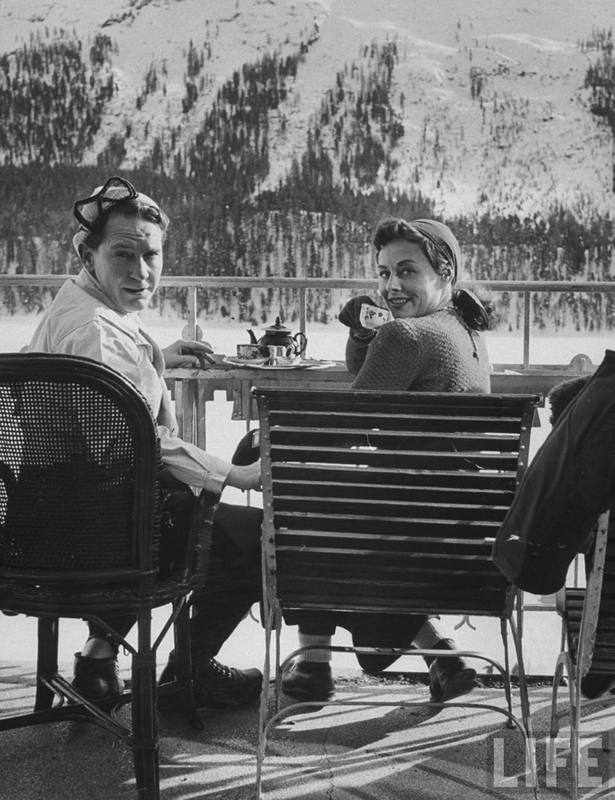