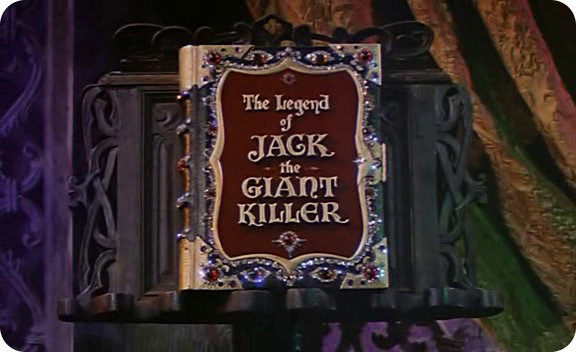 Jack the Giant Killer was, according to IMDB, made to cash in on the success of The 7th Voyage of Sinbad. The director, lead actor and villain are even the same, and there’s lots of stop motion (the giants are basically two eyed copies of Harryhausen’s cyclops).

It’s been quite a while since I saw The 7th Voyage of Sinbad, but I think this amazing movie definitely lives up to it, and in some ways even exceeds it. It has nothing to do with Jack and the Beanstalk, and is loosely based on another English folk tale.

This movie is visually stunning and filled with amazing things. A stepmother with my dream fairytale wardrobe, a wonderfully flamboyant villain, beautiful magic effects, some of the best costumes I’ve seen, and best of all, some of the best monsters ever. The villain’s hench-monsters are almost shockingly scary in the context of a fairytale movie from the early 1960s.

If you love gorgeous costumes and monsters, you have to watch this movie. 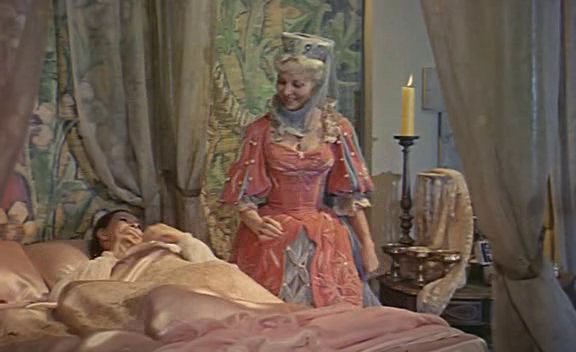 The beautiful stepmother with the most gorgeous fairytale costumes. 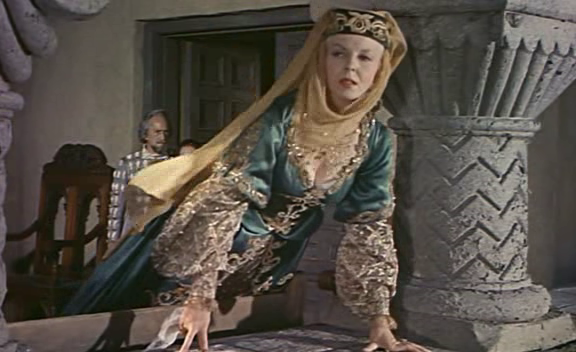 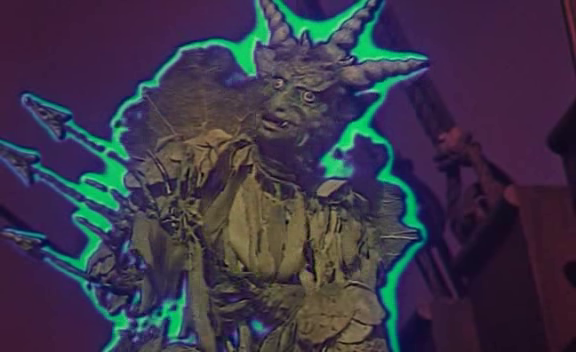 A monster straight out of Häxan (also recommended). 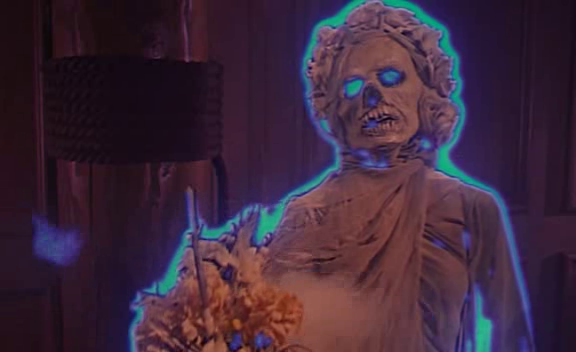 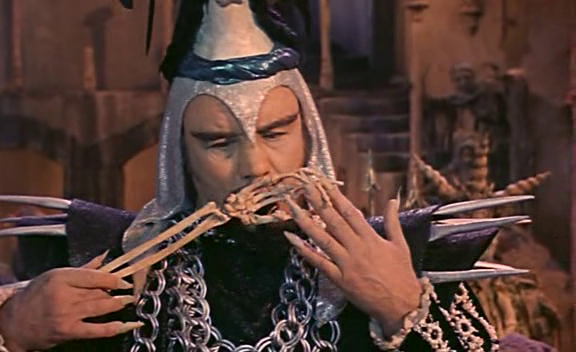 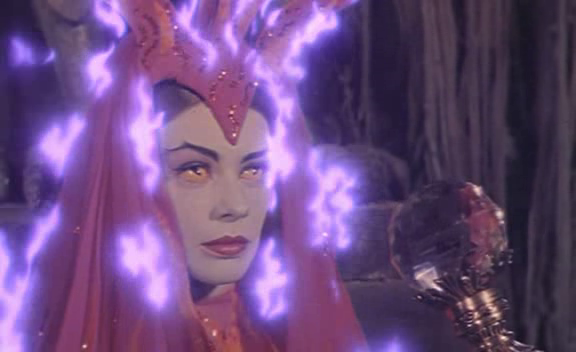 The princess herself is pretty boring, until this happens! 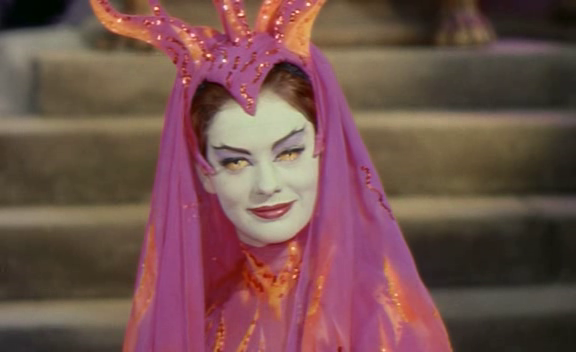 Perhaps my most favourite movie look of all time. 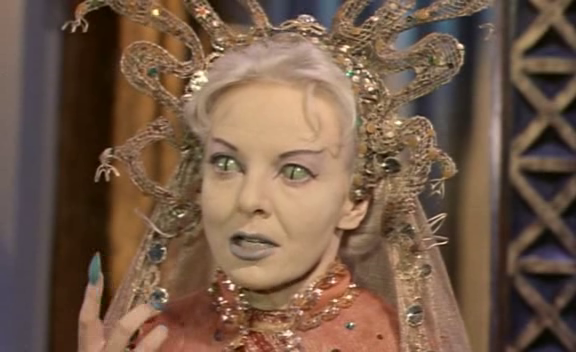 And how great is this? 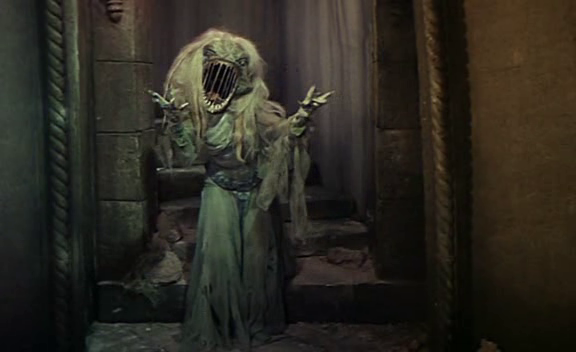 The best monster in the movie. 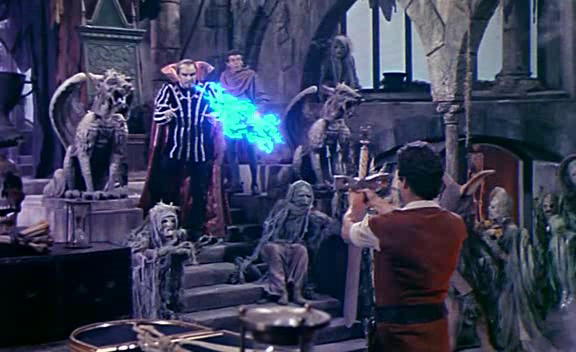