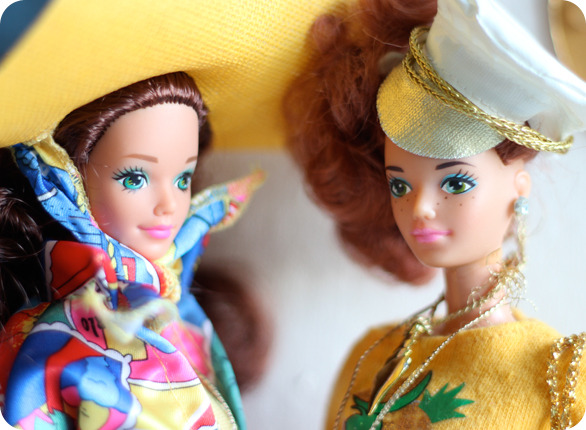 It’s been a long time now since I showed any Barbie photos!

I don’t just collect vintage Barbies. I have just as many, in fact probably more, from my own childhood in the 80s and early 90s (including my actual childhood Barbies of course). Getting toys from my own childhood is almost more special to me than ones from before my time. It’s so wonderful to be able to get those toys I dreamed about as a child but never had (not that I wasn’t already spoiled with tons of toys). It sounds very cheesy but it’s almost a magic feeling, like time travel.

I’ve saved every Barbie catalog since 1988 until the early 2000s and love to look through them from time to time. I even bought the 1987 catalog online some years ago since I only had some cut out pictures left from that one.

Sea Holiday Midge from 1993 is one of those Barbie dolls I really really wanted as a kid. And still really really wanted as a grown up, and I finally bought her I think last year. Midge is my favourite Barbie friend from this era, and Sea Holiday Midge is one of the prettiest of all the Midges, with an absolutely amazing outfit. She’s the one in the big yellow hat, and everything she wears in the photos came with her, except the sunglasses. One of the things I love the most about the late 80s early 90s Barbie era are all the convertible outfits with many elements that can be combined in lots of ways.

The other doll is my childhood Ski Fun Midge from 1991, “Mimmi”. My favourite childhood Barbie and one of my all time favourite toys. She wears the shorts, hat and anchor necklace from Sea Holiday Ken, who I actually did have as a kid. Her top and bag are from a wonderful Sindy fashion set, the cateye glasses are from one of the great Fashion Avenue Barbie sets, and the gold shoes are from a Barbie accessory pack. All things I’ve had since I was a kid. Her yellow bathing suit is from my sister’s Kelly Taylor Barbie doll and the shell necklace from my sister’s Tropical Splash Christie.

I hope you don’t find this too boring but I can talk about toys forever :) Now if I could only get my hands on Sea Holiday Barbie (who is great as well), I’d have the complete set! 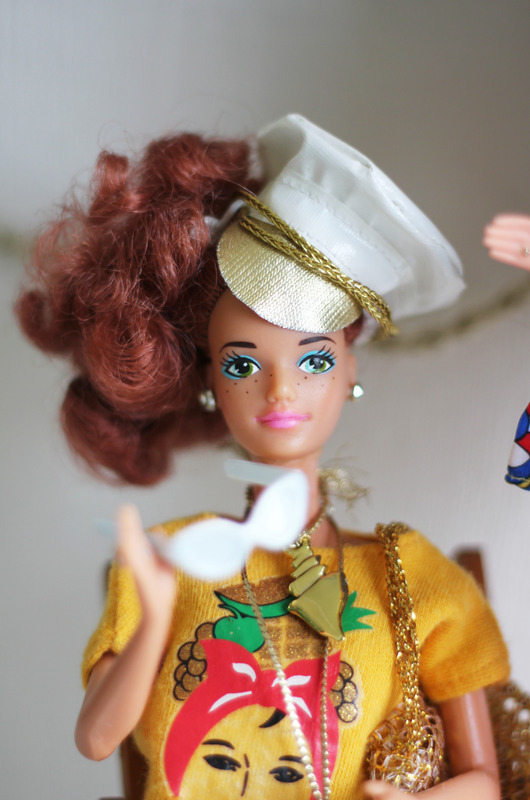 Mimmi’s head is glued on and doesn’t move any more. I was really careful with my toys but I played with her so much that she’s one of the very few toys that broke. 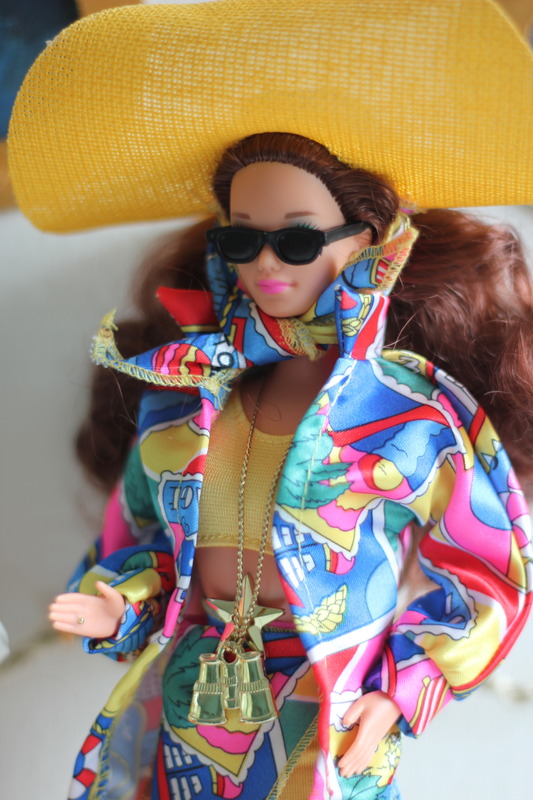 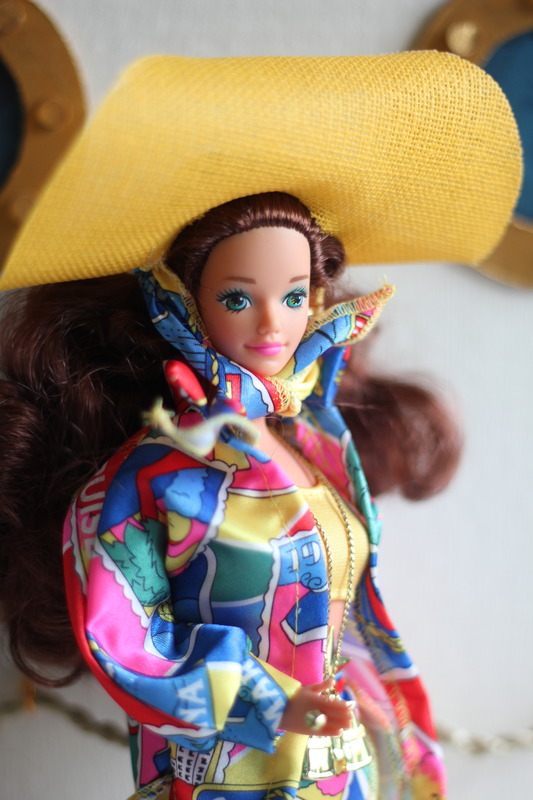 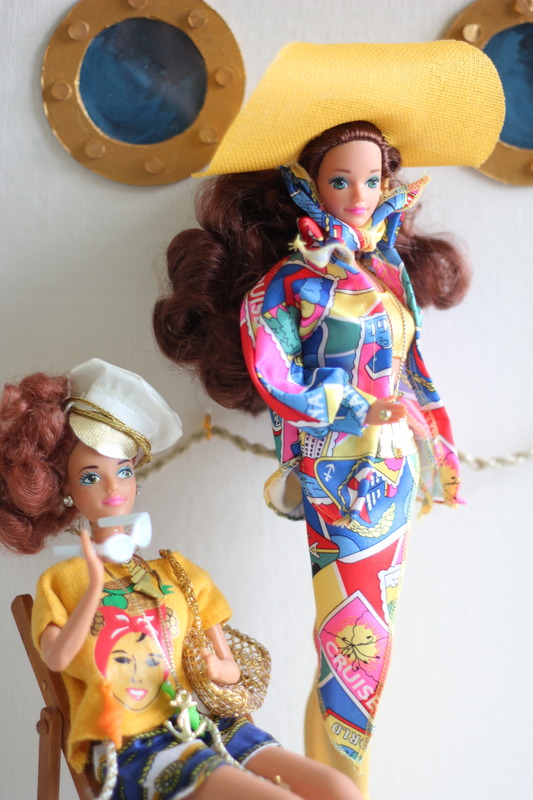 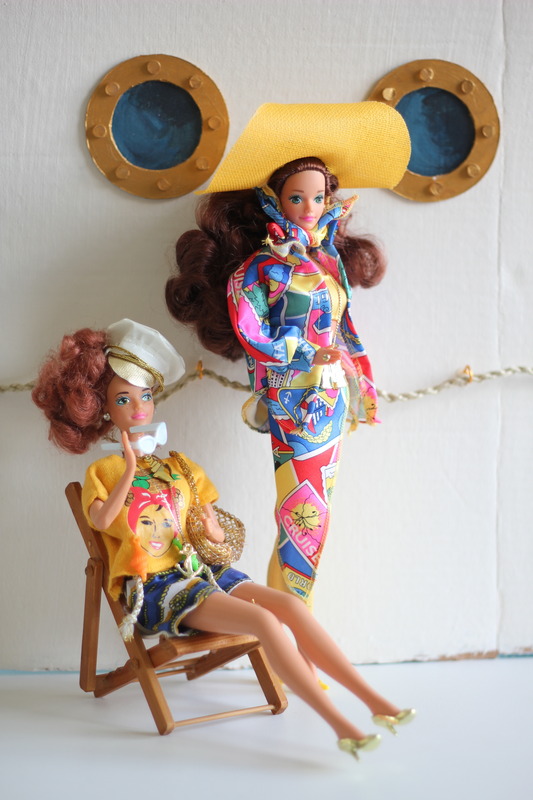 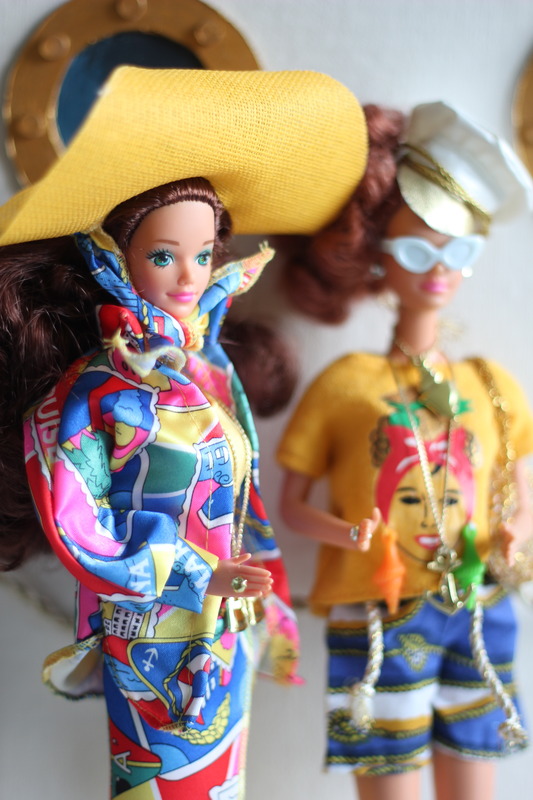 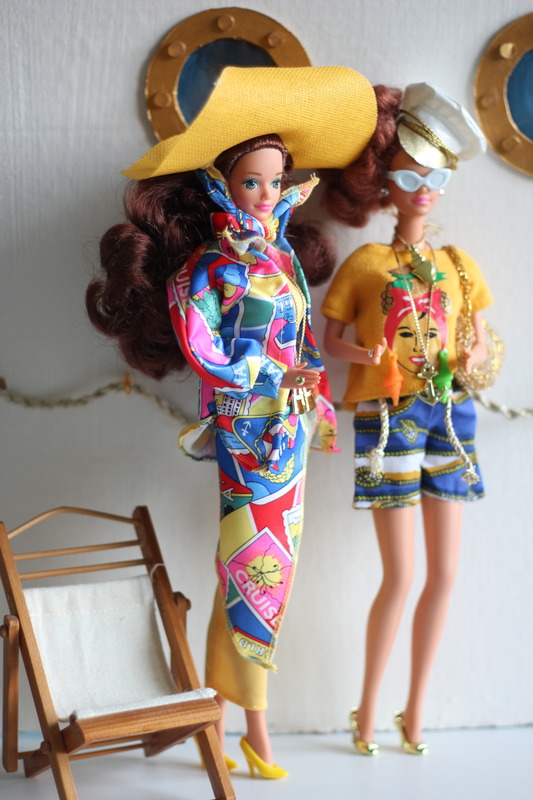 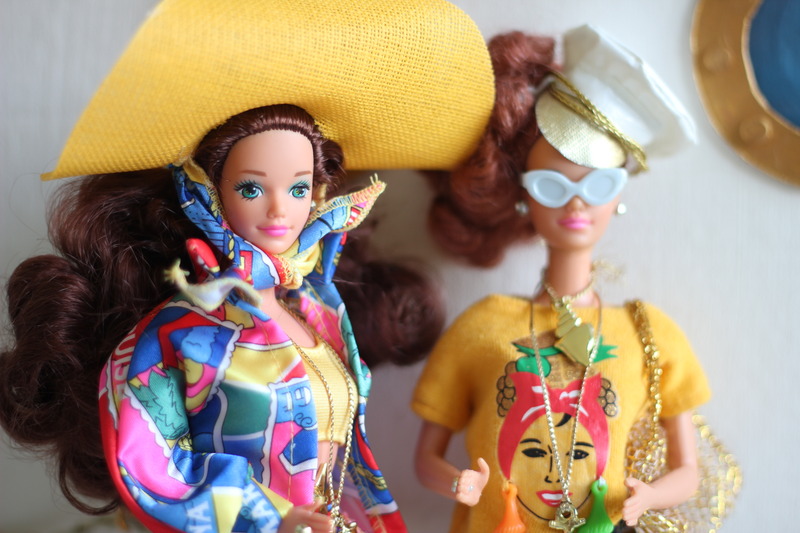 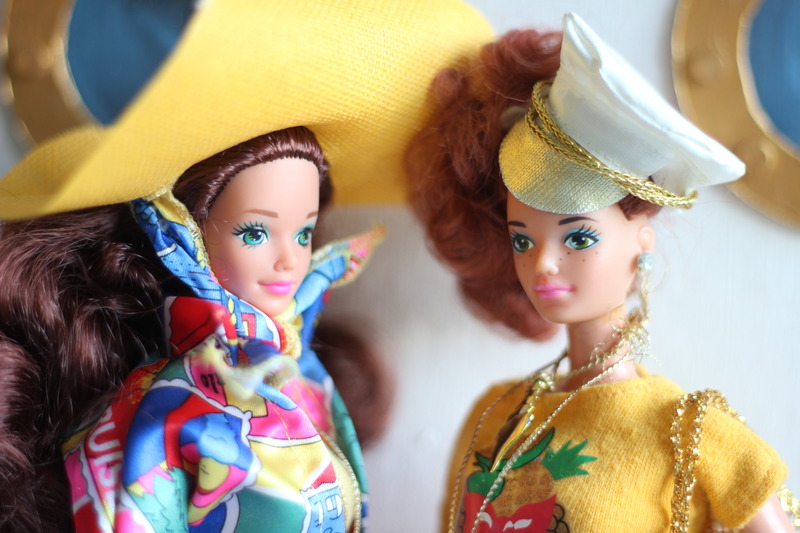 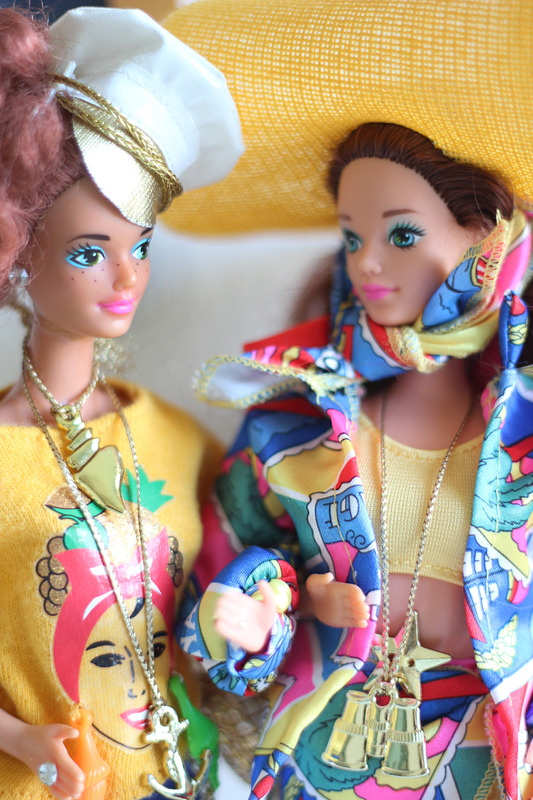 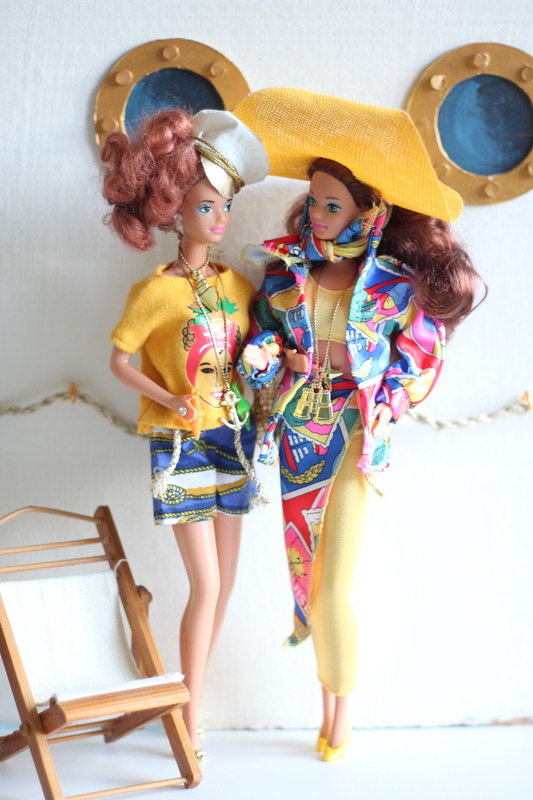 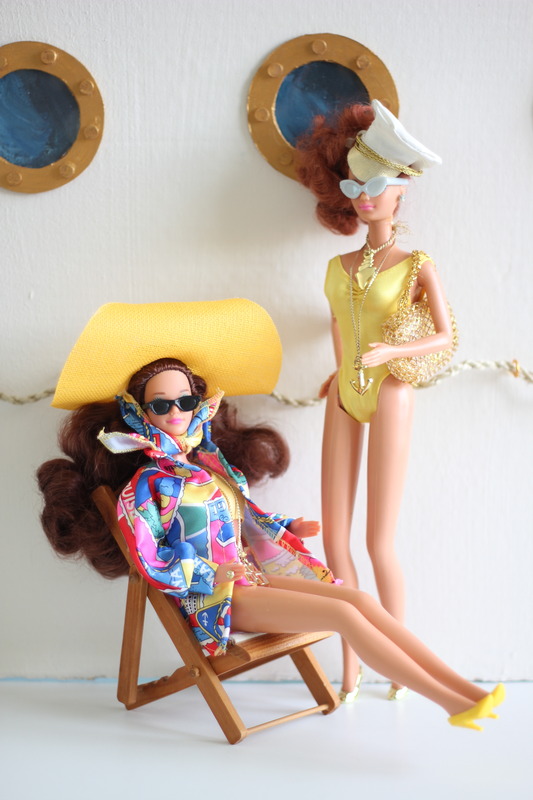 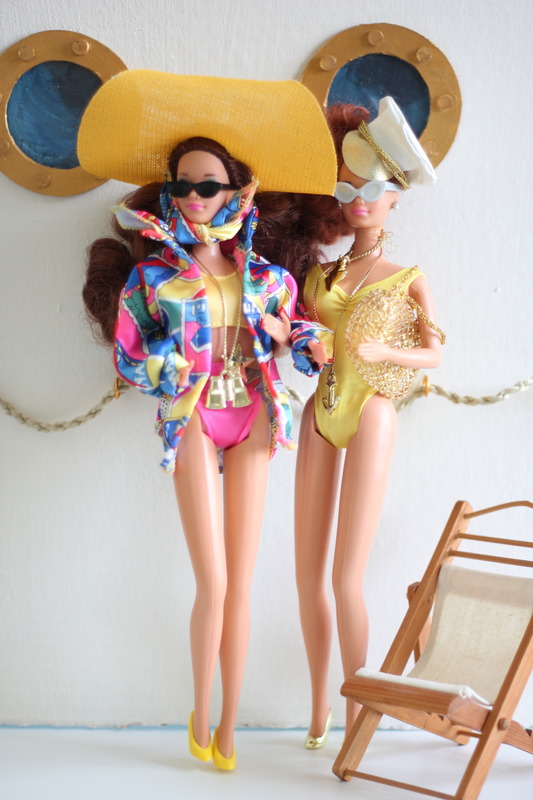 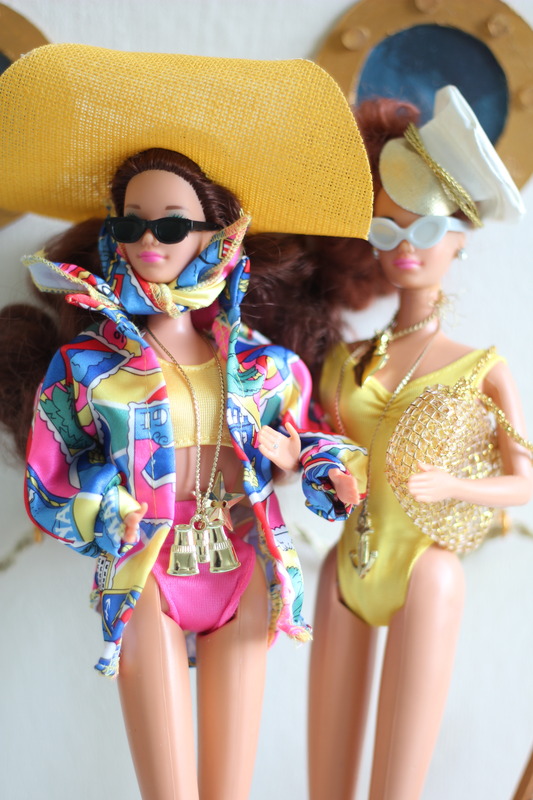 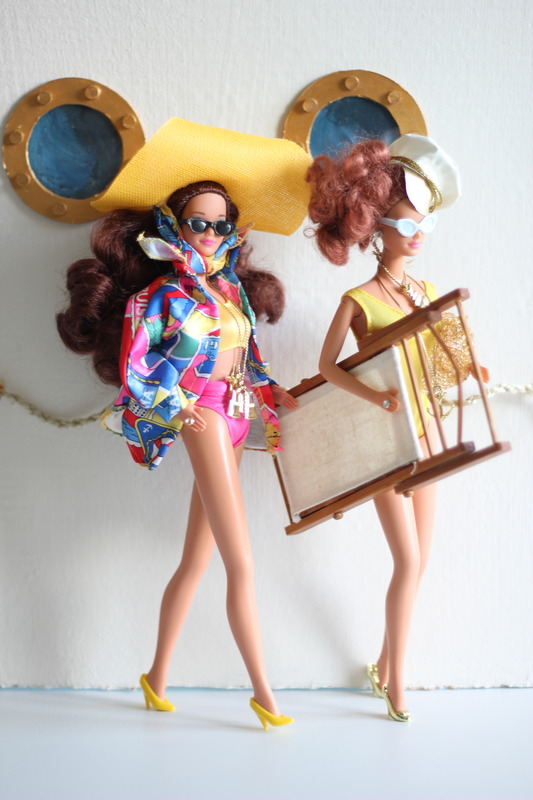